From laboratory to tailor-made industrial production

In the field of specialty chemicals, increasingly small, modern and competitive photoreactors are required, which have a high degree of flexibility and also can be used for a large number of products. The focus is also on the processing of small process volumes and the ability to implement and control reactions, which are for example highly exothermic.

The above requirements preclude the use of conventional photoreactors due to the usually larger process volume, since these can not be operated without taking a significant risk (unwanted runaway scenarios).

Planar reactors: This advantageous design of the MICROFLU™ Plug-Flow Reactors allows process control in structured reaction channels with static mixers (micromixers) or thin films films. These can be put together individually or in bundles for scalability purpose.

With the MICROFLU™ Plug-Flow photoreactors operating pressure up to 20 bar and a high temperature spread can be realized. The photoreactors are suitable for reactions with high exothermicity, as well as for reactions which require excessive mixing and can achieve significant improvements in terms of yield, selectivity, product quality and safety. This allows access to new routes of synthesis and process control while achieving high space / time yields.

Plug-Flow Photo-Reactors are applied in industrial-scale production processes including, but not limited to:

·Optimum controllability of reaction parameters due to low system inertia

Photochemistry has seen renewed interest in recent years, but one classical problem that has remained is how to scale photochemical transformations. Scalability is severely hampered due to the attenuation effect of photon transport (Beer-Lambert law), which prevents the use of a dimension-enlarging strategy for scale-up. If larger reactors are used, over-irradiation of the reaction mixture can become an important issue as the reaction times are substantially increased, often resulting in the formation of byproducts. The use of continuous-flow microreactors for photochemical applications allows overcoming most of the issues associated with batch photochemistry. The narrow channel of a typical microreactor provides opportunities to ensure a uniform irradiation of the entire reaction mixture. Consequently, photochemical reactions can be accelerated substantially and the formation of byproducts can be minimized. While on lab scale many successful examples of flow photochemistry have been demonstrated in recent years, concepts for a scale-up to industrially relevant quantities are scarce. Research in our laboratories focuses not only on novel flow photochemistry but also on developing a modular scalable flow photochemistry platform for both UV and visible light irradiation that can address monophasic and multiphasic chemistry of relevance to the synthesis of APIs.

Using light to induce chemical reactions is attractive because photons are traceless reagents that provide energy to activate substrates, reagents, or catalytic intermediates under mild conditions. Traditionally, photochemical reactions were carried out using UV light to excite substrates or reagents. The high energy of these light sources requires special equipment and often causes unselective reactions, which are difficult to predict and control. This has changed with the development of photocatalysts (PC) that can be activated with low-energy photons, paving the way for sustainable chemical synthesis that is driven by a non-hazardous and environment-friendly reagent: visible light .

The narrow channel dimensions of flow reactors provide opportunities to ensure a uniform irradiation of the entire reaction mixture. Consequently, photochemical reactions can be substantially accelerated and scaled to higher quantities compared with batch reactors. Flow chemistry is also the technology of choice for transformations involving multiple phases. The high surface-area-to-volume ratios are a consequence of the small reactor size, leading to efficient mass transfer between two (or even three) phases. In case of gaseous reagents, flow reactors further offer the opportunity to control the stoichiometry of gasses with mass-flow controllers and are easily pressurized, which increases the solubility of gasses in the reaction mixture.

Photocatalysis in medicinal chemistry and the pharmaceutical industry

Although photocatalytic synthesis with visible light is a relatively young branch of organic chemistry, it quickly became an integral part of the synthetic chemists’ toolbox. The advantages associated with visible light photocatalysis resulted in various applications in medicinal chemistry, including drug discovery, bioconjugation, late-stage C–H functionalization, and isotopic labeling .

Microstructured flow reactors are perfectly suited for performing photochemical syntheses. Incident light is perfectly utilized with gas and liquid streams and solid phases in microchannels or capillaries. Full irradiation of the reaction solution is combined with precise control over the irradiation time as defined by volume in the channels and capillaries and flow rate. Micro reaction technology and photochemical synthesis are most fruitful partners for the sustainable production of high value fine chemicals.

"We use light as sensitive energy source for the productive synthesis of your chemical compounds."

Concerning the light input we count on energy-efficient LED technology. The small size of the LEDs and their relatively low waste heat allow for a targeted adaption of the lighting units to any particular microreactor class. A further special advantage of these light sources is their quasi-monochromatic light emission, allowing a very selective excitation of the photochemically active material.

Fueled by a desire to realize more sustainable approaches, MICROFLU has invested considerable resources in photochemistry. With its high efficiency and low side reactions, plus the elimination of expensive reagents and catalysts, photochemistry offers a green, cost-effective option.

in situ generation of singlet oxygen 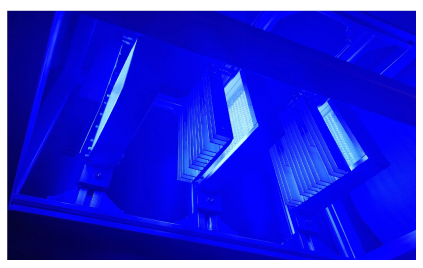 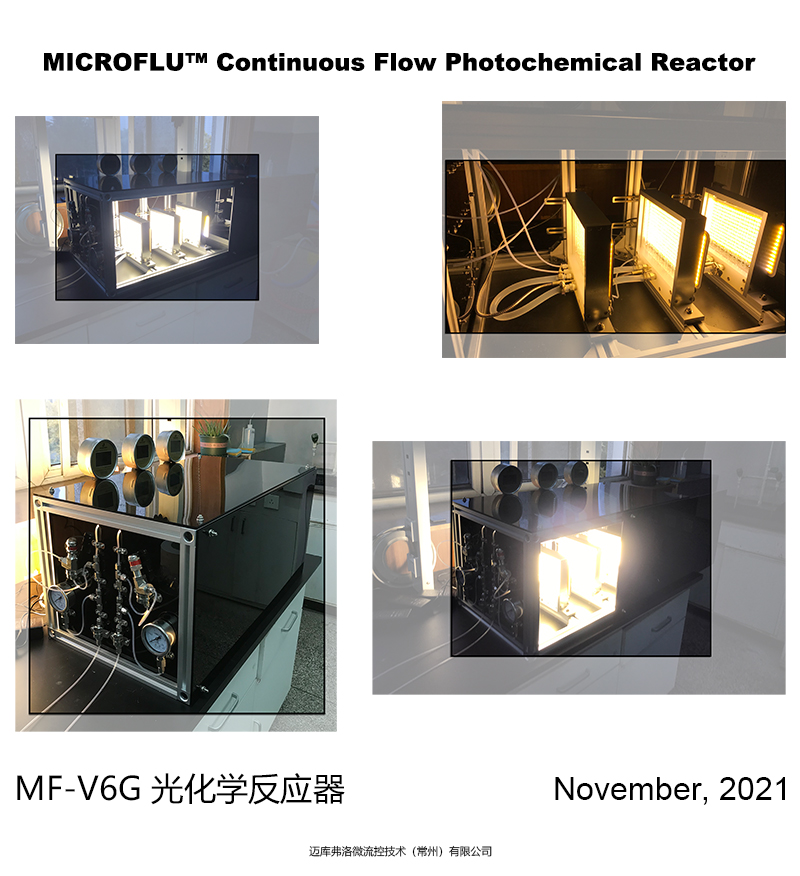